This area includes historic University, Sam Hughes, and Fort Lowell districts. Much of this housing is affordable, but elegant. Communities such as Colona Solona and El Encanto provide fine luxury housing within a short commute of downtown and the University of Arizona.

The East was Tucson's first major growth corridor during the 1960's and 1970's. It offers a wide range of housing options including affordable homes and townhomes in an urban setting to one-acre home sites in well established neighborhoods like the Tucson Country Club and Wilshire Terrace. Newer master planned communities include Rancho Valencia, Sierra Morado and Vista Montana Estates.

This area is located on the far east side of the metropolitan Tucson area. It is characterized by upscale homes that are on ½ to 5 acre parcels in rolling lush desert. This area has a number of planned projects such as the Lakes at Castle Rock, River Haven, Bel Air Ranch Estates, and 49ers Country Club.

This area has a wide range of housing opportunity from very expensive to Tucson's most affordable housing geared at first time home buyers. Some of the popular areas include the large community of Rita Ranch, the wonderful resort like Star Pass, the uniqueTucson Mountain area, and the upscale Rocking K Ranch.

Metropolitan Tucson's most up-scale area is the foothills area. Located north of the Rillito river to the Santa Catalina Mountains, and outside the City of Tucson city limits. This area, nearly built out, offers some of the finest luxury homes in the metropolitan Tucson Region. The homes range from a few hundred thousand to a few million dollars. Also home in this area is the phenomenal Westin La Paloma and the Ventana Canyon Resort. Luxury master planned communities include Sabino Springs, Skyline Country Club, Finisterra, Naples, and River Gate Estates.

Located in Southern Arizona in the South-west of the United States, Tucson is the second-largest city in the state after Phoenix, the capital. It is also the county seat of Pima County, under which come towns like Green Valley, Catalina, Marana, Vail, among others.Originally, a part of Mexico, Tucson became a part of the United States in 1854 and the city was incorporated in 1877. This makes it Arizona’s oldest city to be incorporated.

Climate: Known as the sunniest city of the United States, the 350 sunny days allow for optimal enjoyment of the outdoors. The days are warm here, but Tucson nights are comfortably cool. During spring, fall and winter, the temperatures are legendarily mild and pleasant.

History: Hohokam Indians lived in this area for nearly 4000 years, farming here until the 1600s when Spanish soldiers and missionaries arrived. By the 18th century, the newcomers had established two of the most iconic structures in the region, the Mission San Xavier de Bac and the Presidio San Agustin del Tucson. The official founding day of Tucson is celebrated on August 20 at a ‘birthday party’, La Fiesta de San Agustin.

Amenities:While in Tucson, you can enjoy comfortable night outs and pleasant shopping trips. There are fine-dining places like Yoshimatsu, Jax Kitchen, Cafe Poca Cosa and The Dish Bistro, and shopping is good with stores like La Encantada, Tucson Mall, and Park Place that cater to necessity and luxury.

There is a variety of recreation available, especially with parks and similar open areas around. Residents can roam the locality safely after dark as well, as the security is good and the welfare of the people is looked after.

The real estate rates in Tucson are lucrative and with the general quality of life of people living here implies, investing in Tucson would be a smart choice.

Villa Esperero, the private, luxurious, estate in exclusive Rattlesnake Canyon Estates is a property unlike any other w/exceptional city, mtn & valley views. Impeccably ...

Inspire... Rejuvenate...Invigorate...Own your own exclusive sanctuary at the Ritz Carlton Residences- Tucson, Az This sophisticated estate, ''The Point,'' situated on one...

Welcome to Eleven Arches, also known as the Grace Mansion. The historic trophy property was built in 1937, by notable architect Josias Joesler, as a winter residence for...

The data relating to real estate listings on this website comes in part from the Internet Data Exchange (IDX) program of Multiple Listing Service of Southern Arizona. IDX information is provided exclusively for consumers' personal, non-commercial use and may not be used for any purpose other than to identify prospective properties consumers may be interested in purchasing. Listings provided by brokerages other than our office are identified with the MLSSAZ IDX Logo. All Information Is Deemed Reliable But Is Not Guaranteed Accurate. Listing information Copyright 2022 MLS of Southern Arizona. All Rights Reserved. 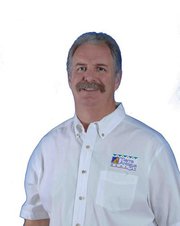 Search For Homes By City

Search For Homes By Area

Search For Homes By Zip Code